The goal is to restore dignity and purpose to the homeless, the poor and the marginalized. Homelessness and poverty are complicated issues and the solutions are as varied as the individuals we serve. Together we are making a difference in the lives of many. 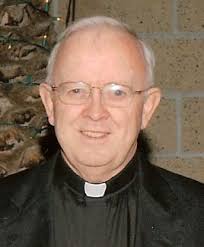 Our journey began in the mid-1980s with a divinely inspired vision shared by members of the Catholic charismatic Renewal Center, under the direction of Fr. Michael Barry. Challenged by the example and teachings of Jesus, we began to reach out and serve the poor in our local communities, working first in local parks with supplies of food and money to cover utility bills.

From these early outreach efforts, we moved to open a soup kitchen at Our Lady of Fatima Church in San Bernardino. Soon, the Lutheran Church of Our Savior added their hands and hearts; and then, Our Lady of Guadalupe Church followed with a larger kitchen and dining facility at their location. By 1990, Mary’s Table, as the soup kitchen had come to be known, had expanded to five days a week and was serving over 5,000 hot meals each month. It had become a haven, a place of rest, fellowship and renewal for many.

In 1996, a free medical screening was added to Mary’s Mercy Center, which had already expanded to include a clothes closet, an emergency food bag program and other services. Even before this, in 1989, fundraising had begun with the help of the 300 Club for a major expansion that would become Mary’s Mercy Center.

In 1992, we purchased our present building and became incorporated as a non-profit public benefit corporation, organized exclusively for charitable, religious and educational purposes. In 1993, the Sisters of Charity of the Incarnate Word provided a substantial grant for the purchase of an old convent that would be transformed into Veronica’s Home of Mercy. Veronica’s Home of Mercy was opened in 1995. Before that Casa Merced (a HUD House) opened its doors in 1994. Then in 2009, Veronica’s Home II opened its doors.

Mary’s Mercy Center currently welcomes approximately 300 volunteers of various faiths, schools, and community organizations from throughout Southern California. We are proud to network with city agencies, county agencies, and other non-profits to direct our clients to additional resources.

Marys Mercy Canter is a non-profit organization that provides much needed homeless services in San Bernardino, California. Our mission is to restore human dignity to those who suffer under the yoke of poverty, drug abuse and domestic violence.

Get the Latest News & Updates!